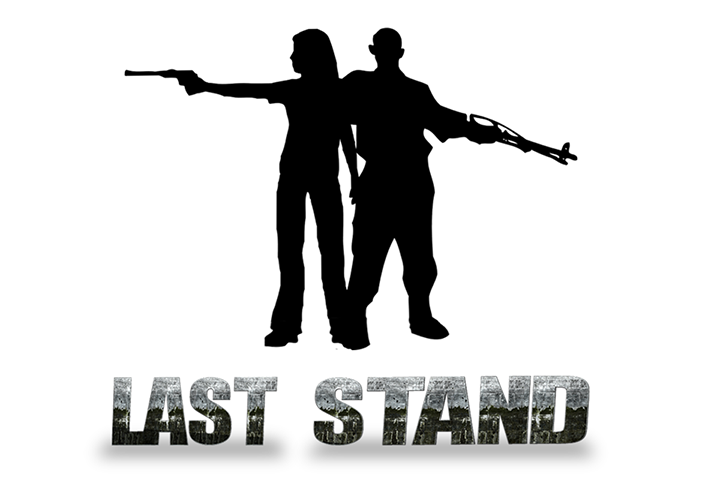 Last Stand is a cooperative survival board game steeped in genre lore.

Location tiles and game effects bring the players into the horrors of a city with dwindling resources slowly being overrun with Infected. When night falls, the Infected roam, but they are not the only threat. Starvation, sickness and the loss of humanity are a few of the other dangers that await.

Last Stand was self-published in November, 2014 by Table Flip Board Games through The Game Crafters.

As with Black Hands, I was art lead on Last Stand, insuring thematic consistency throughout all parts of the design process. I was also responsible for most aspects of the game’s layout, including card and chit design, generation of promotional material and box formatting for printing.

The layout for the rule book was provided by Jeston Furqueron, with background elements and cover design created by myself.

The image used for the box cover was a purchased piece of art, with the main title rendered and composited by myself.

Thematically, Last Stand and The Black Hands of Hathoway couldn’t be further apart. While Black Hands is about the intricate rules of high society, Last Stand visits a world where all order and structure have fallen apart. The familiar is barely recognizable, twisted and broken like the inhabitants of the world. To match this, visual elements were muted, intentionally obscured with a veneer of rust and decay. Other components, like the rule book and time log, are repurposed cast off’s from another time.

Everything that the player encounters in the game echoes this apocalyptic theme; the Setback Cards drive the harrowing narrative, while Character Cards provide the means of surviving in the blasted landscape.